The hydraulic transport of fluids studies how fluids behave and react in various states based on the way that the forces around them behave. Before beginning this class in full, the actual applications of studying the movement of fluids was never very important. However, after studying the way that the motion of fluids affects the function of many of the practical applications of engineering, I have a greater interest in the way that fluid dynamics affect my every-day areas of interest. Three fluid applications that I have been interested in are: cosmetic production, the function of air conditioning, and aircraft design.

I am interested cosmetics, specifically makeup, and how it is produced. With large batches of cosmetics being produced but transferred into smaller packaging, I realize the importance of fluid mechanics. With smaller piping systems to distribute cosmetics, velocity and timing play an important part in keeping packaging efficient and waste-reducing. Not knowing t how to control a product of a certain density at a certain speed in a specific piping system could create a mess and an undue waste of product.

As a native Floridian who appreciates air conditioning, I would like to learn more about how fluid mechanics contributes to one of my favorite modern inventions. Air conditioning, however, is not just important to the comfort of humans in inclement weather, it protects things that humans need everyday. Food transport, keeping medication viable, and controlling the temperature of rooms that house many heat-producing pieces of technology.

Aircraft design and how air flow is designed to compliment planes to maximize travel is very important to me. As a person who loves to travel and plans on continuing travels domestic and abroad in the near future, aviation has always heavily intrigued me. Since the first successful flight in 1903, inventors and engineers have continued to use their knowledge of the sciences and fluid hydraulics to push the envelope and drive innovation. 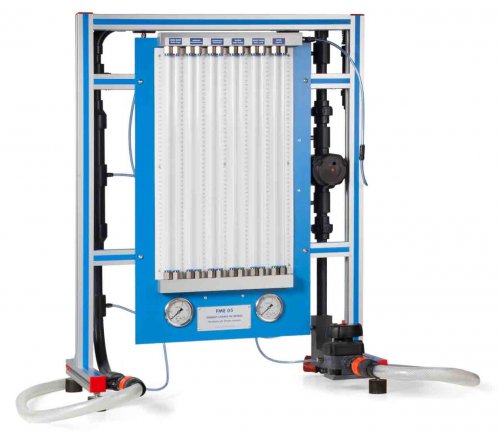 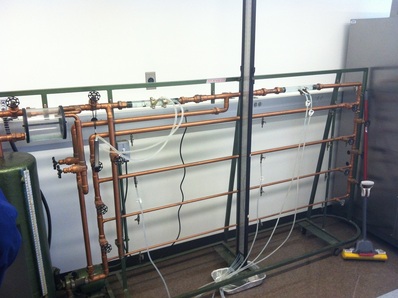 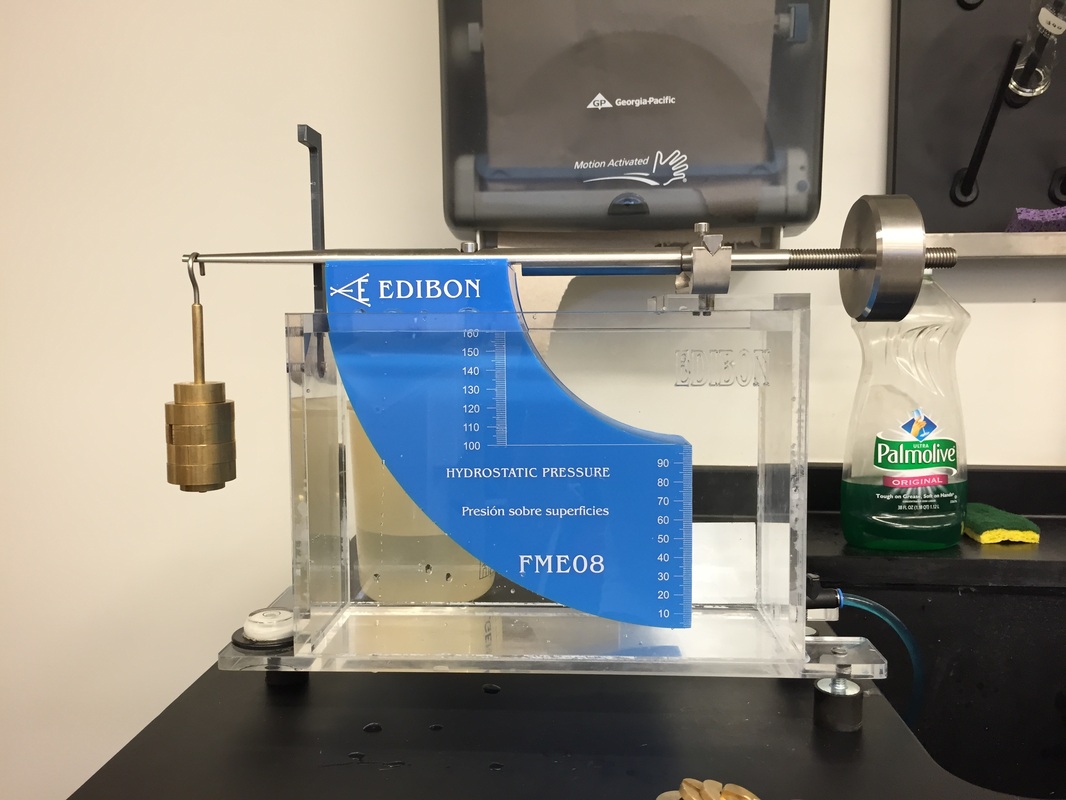 This device was used during a Flow Meter Discharge Coefficient Estimation Lab. 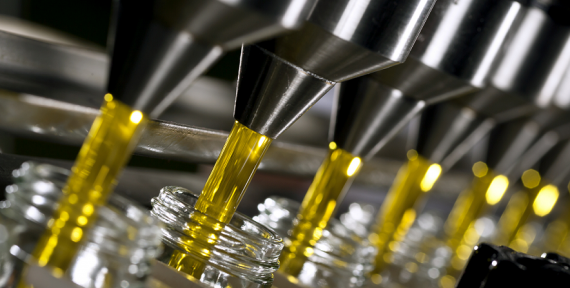 The equation above was taken from the fluid kinematics chapter. Taking into consideration that the nozzle is starting out with an outlet diameter that is smaller than the inlet diameter, the acceleration can be calculated. This is important information, because with packaging in cosmetics, if the acceleration can be found, the amount of time it takes to fill a tube or transfer liquid from a nozzle to a container can be automated efficiently and adjusted on an individualized basis.

The equations listed above are commonly used when calculating the useful power in a cooling system. It is important to know how much power is necessary for the compressed air to overcome the losses in frictional forces in the duct. 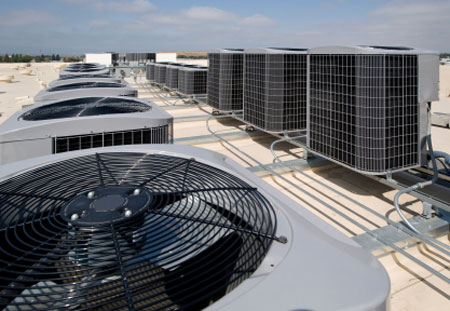 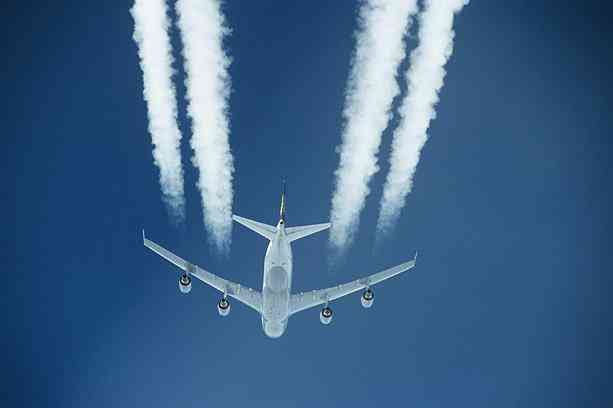 There are many equations that are important for determining the minimum flight velocity. With the weight of the aircraft, the speed of takeoff can be maximized or minimized.

The minimum flight velocity can then be calculated once the lift is found and the total weight of the aircraft.

One of the most important concepts that we have gone over in class is the application of the Bernoulli Equation in its various forms.

Reducing elbows like the one pictured above are important for discharging liquids from piping systems into the atmosphere. By using appropriate variables, the amount of pressure required to carry through with this action to deflect the flow of water can be determined for the system. 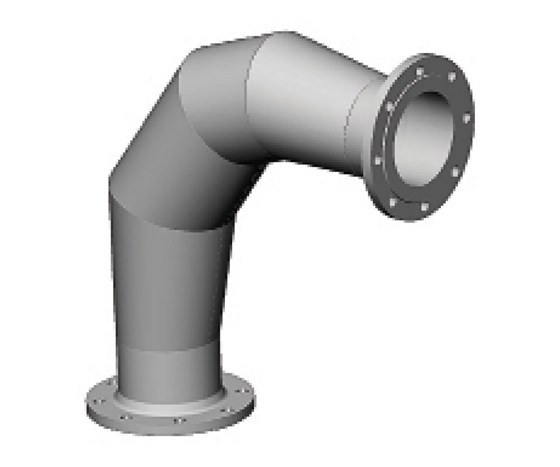 Above is the equation for velocity. A basic concept taught in engineering physics, knowing how to manipulate this equation and find appropriate units is an integral part of fluid mechanics.

A topic covered in physics, thermodynamics, and instrumentations of biological systems, the concept of power is integral. Measured in Watts, power within hydraulic systems is an important component in many systems.

How Applicable Concepts and Equations transfer to Fluid Hydraulics​

As courses increase in difficulty, the retention of understanding elementary concepts increases in importance. Basic concepts and manipulating those concepts to fit into a problem in fluid hydraulics is an important part of the problem-solving process in engineering. Velocity, a basic concept in engineering, can influence data gathered or rendered.

In the example above for aviation, velocity squared is an important part of calculating the weight of an aircraft. An engineer should be able to calculate the distance that the aircraft traveled or the amount of time it took in order for this weight of the aircraft to be lifted.

Understanding what velocity is a measure of, how the units work (in English or SI units), and how to manipulate the equation can be the difference between sufficiently powering an aircraft as it launches or having a failed takeoff.

Power is known to have many real-world applications. Not only is power important in the context of making sure that technology like air conditioning runs, power is known to have a huge impact on the world around us. Energy is generated in dams, and being able to convert hydro energy to consumable power is important. Power is an important component in most mechanical systems, and without being able to assess and calculate it, many of today’s luxuries would be impossible.

The Fluid Hydraulics Lab is a part of the course designed not only to reinforce concepts covered in the lecture portion of class, but implement tools and skills necessary to be a professional engineer.

Each week, a different lab was held in order to cover topics that were spoken about in class. With fluctuating teams each lab, participant interaction and working with a variety of other students was  important and necessary.

Each lab was set up where data was collected, but had to be processed in a specific manor in order to yield the variable and result that our instructor called for. Applying technology to our labs were imperative as arduous calculations were required. Proficiency in applications like Excel quickly became an integral part of the lab process. Knowing appropriate methods in organizing and displaying data became almost as important as the data itself.

One of my favorite labs from the course was calibrating a bourdon gauge. By using a deadweight pressure calibration system, it was possible to calibrate a Bourdon Gauge. This method of calibration and testing is important in the pursuit of having a uniform way to measured the affect of pressure in data in various systems. This lab was one that I was the most hands-on with.

As an aspiring Intellectual Property Lawyer, I know that having a precedent is important in anything. Having a steadfast method of knowing the correct way to perform a task is important in any profession. The calibration of tools using reliable methods is just as important in a laboratory as comparing the history of consistent, habitual legal proceedings with similar patents in order to know how to protect certain types of technology better or defend certain products’ uniqueness from being encroached upon. Having a basis of study to be able to refer to is an important part of any analysis in any field. Without having a precedent or a base- function, it is very difficult to gauge the effectiveness of anything.

One of the projected outcomes of the class is to prepare biosystems engineering students for the courses that follow the fluid hydraulics course that require knowledge of the applications of fluid dynamics. An important aspect of this lab is that it not only aids in reinforcing concepts from the lecture, but it articulates subject matter and applications of fluid dynamics that are constantly being referenced by other courses and vice versa. This class is a great preparatory course for upper-level biosystems engineering courses, and it also uses important concepts from courses like Statics, Heat and Mass Transfer, and Thermodynamics to continue to develop a greater understanding of the practical applications of fluid mechanics.