The Blog is Back

… So, you may have noticed that this blog is about the remainder of my summer from not this year, but last. I have been woefully behind in updating my blog because life has been hitting me hard lately. In fact, one of the only reasons why I have this particular blog entry ready is because I had already written it in the Fall of 2017, but totoally forgot about it.

I was looking through some old writing that I had been doing, trying to decide if I should try to put out a new project or do something more creative, and this was in “The Vault” so to speak. That made it a little easier to take a break from putting my e-porfolio together (which looks absolutely incredible, if I do say so myself) in order to edit the post, dig up some of my favorite pictures, and make the entry.

I hope that over the course of the next year that I can be 100% more consistent with blogging, and, by popular demand, I will not only write entries about my big adventures, but I will write entries about my day-to-day, cool things that happen, or interesting things that I have learned. I am extrememly excited to hop back on the creativity express after being submerged in the engineering realm of data processing, fluid friction coefficients and headloss, AutoCAD mapping, and engine mechanics. RSRoweBooks gives me so much freedom not only to shake the table and put the arts back in my life, but to also be able to share with friends, family, and followers the everyday nuances that usually end up being some of the most entertaining to follow.

I hope you enjoy this recap of how the rest of my AU Abroad experience went, and continue to follow my blog for more content! 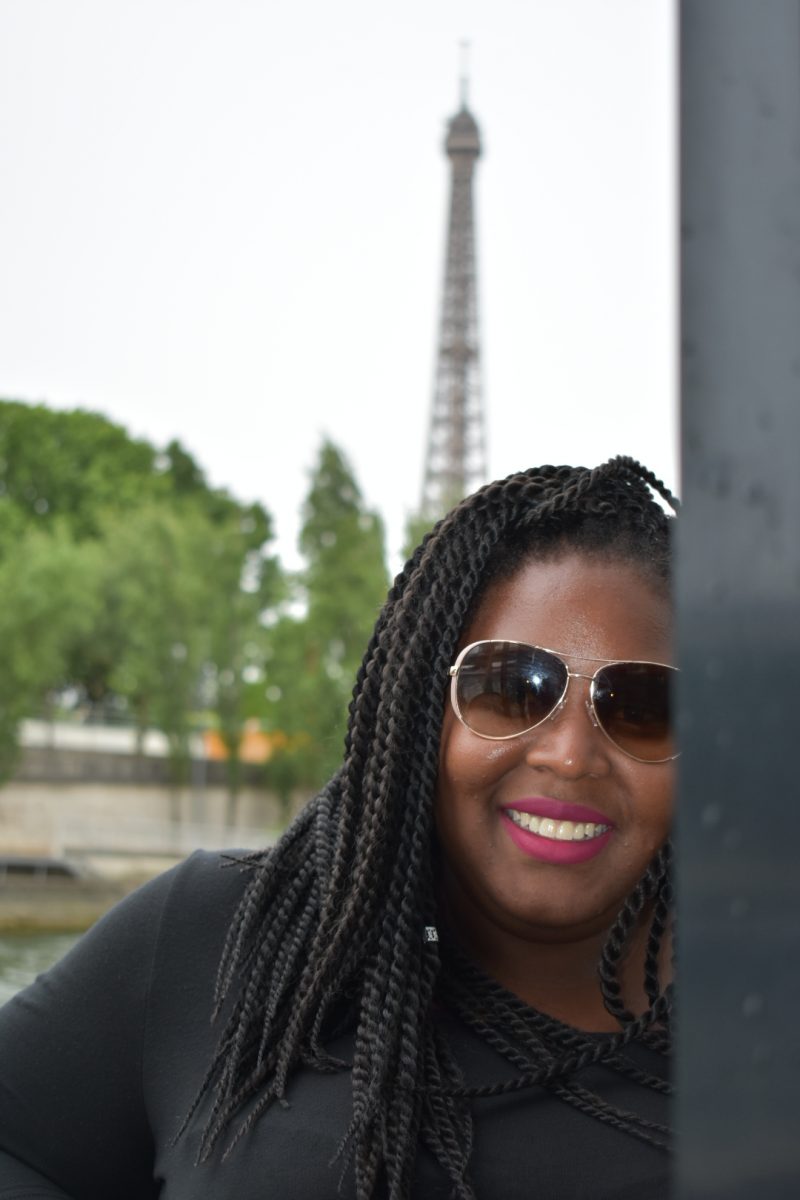 A lot has happened since I penned off on my last blog entry. My goal for the summer was to blog each week, detailing the ins and outs of my amazing Summer ’17 in Spain while I studied abroad. While my intentions to blog sort of drifted as I encountered technological issues with my dinosaur of a laptop, busy days and nights, fast-paced curriculum, and even faster-paced travel and activity schedule, my immersion in my experiences developed. I began taking beautiful photos of the sights around me in order to preserve memories as opposed to trying to obtain the best shots for my blog gallery. I also began to steadily build my website a bit more, developing it into a site that I believe showcases not only my life and the exciting things happening within it, but my passions academically and professionally.

My Summer ’17 in a nutshell? Amazing! I experienced more this summer, I believe, than I have in my entire lifetime. With my program I found myself deeply emerged in Madrid, finding my way more and enjoying myself more as I sequestered myself from many of the students traveling abroad with me. With a group of 50 travelers came attitudes, petty gossip, and passive aggressive drama that did not sit well with me. The more I became focused on my own personal journey throughout Spain, the more I enjoyed my time.

Most exciting of all was the day I left my host family’s home, settled into my hotel near the Museo Nacional Centro de Arte Reina Sofia, took the longest bath of my life, and slept in glorious air conditioning for the first time in a month. The next day? My mother flew into Madrid from home, and the real exploration began.

We spent three days in Madrid, me giving her the quickest crash-course on the bustling city as possible. After wearing out the pavement morning to night for two days, the third my mother refused to pack out our day, leaving that day to be a marvelous time of wine drinking, eating tapas, and lounging around la Plaza de San Miguel. We did some aimless walking around the Puerta de Sol before going back to our cool hotel, freshening up, and eating dinner late on the patio of a bustling Indian restaurant walking-distance from our hotel.

The following days were packed with so much travel that it was insane. We explored Spain in a rapid-paced manner that still amazes me. We made our way down to Sevilla via the high-speed train where the weather grew impossibly hotter, and the people grew warmer. We went on an expansive (FREE!!!) walking tour of Sevilla, saw flamenco shows performed artfully and beautifully, ate some of the most famous, fresh seafood in the world, went on a walking food and wine tour, and indulged in other regional pleasures. We then hopped right back on the train to travel all the way up to Barcelona where we stayed in a business district in one of the coolest hotels ever. The hotel rooms were edgy, but my favorite part of the hotel was the rooftop pool and bar where I spent time reading novels, sipping sangria, and soaking up plenty Catalonian sun. Barcelona, near the ocean, was so much cooler than Madrid or Sevilla, and I was content and in my element. While there, we explored the beach, walked around a bit, visited Las Ramblas, and mostly just went with the flow until it was time to go.

After a couple of days exploring Barcelona, we hopped back on the train and headed to Paris, France. Although the train ride was almost painfully long this time, it gave me a much needed reprieve from the expectation of packing our days with exploration and allotted plenty of time for sleep. Our arrival in Paris was notable. The architecture was different, the people were different, the smell was different, and I was suddenly out of my element. Neither my mother nor I spoke French, and suddenly we were immersed in a melting pot of culture and language, the odd Americans out, who could not speak the national language. I was SHOOK.Despite not speaking a lick of English and being awe struck, we made it safely to the hotel where we settled in for almost a week. We were smack dead in the center of Paris, within walking distance from the Eiffel Tower. The week was absolutely, positively amazing. We indulged in shopping, exploration, got to go on a boat tour and see the Eiffel Tower against the river, Notre Dame, the Louvre, and some other famous Parisian sights. Following that boat trip, I convinced my mother to take a picture in front of the Eiffel Tower in a light drizzle, her expression exasperated and eager to find dyer ground. During this time we experienced the main town center in Paris, visited the Louvre for hours on end, and rested up for the night before rising at the crack of dawn to go on a champagne tour.

We set out for Reims, France early and stayed for most of the day, exploring the Champagne capital of the world- the only place globally that produced champagne. We explored some of the most famous cathedrals in France before testing small-time and big-time champagne in the region. That was one of my favorite parts about traveling around France during nearly the week that we spent in the country. Adding the fact that my mother got to spend her birthday in Paris, it was a memorable trip for both of us.

We left France grudgingly to return to Madrid, the town where our flight would be departing to bring us back to the United States. Loaded to capacity with wine, gifts for those who remained comfortably domestic at home, and a bucketful of memories, we flew almost nine hours into Atlanta. My mother flew immediately back home while I opted to stay with family in a city with plenty of things to get into.

My biggest takeaway from my travels abroad crept up on me slowly, but benefitted me immensely. It showed in the way that I tackled my days with my mother, and the way that I traveled during my leisure time with my mother. As an only child, I am used to doing things alone and independently. I am accustomed to taking off to do a task solo, amusing myself, or having an individual adventure just because I was bored and knew that nobody else could or would accompany me. Going abroad, people warn you against straying from others, doing things alone, or doing things too out of the box. Initially, I let the fear that others had about travel and exploration sully my mindset about the trip, and this hindered me. From waiting on my selfish, bad-attitude roommate to get my own metro pass (which is a convoluted, infuriating story that I do not need to re-hash), to waiting on others in my program to go on the metro to explore the city and do other things, I limited my own fun and relationship with the city in order to be “safe.” I thought subduing my own personality in order to “go with the flow” of the group just to do something was better than sitting idly in my host family’s house waiting and too afraid to go and do anything on my own. What I learned after a miserable week of putting up with my horrendous roommate as an adventure partner was to go do things for myself. To go explore the national park, to hop on the metro and find a new restaurant for tapas, to visit a museum for myself, or gallivant through some gardens. I found myself learning new neighborhoods and meeting new people, honing in on my Spanish language skills, and just enjoying my time. I went places with others because I wanted to rather than feeling like I should in order to be able to experience something. I took pictures of and with people that I enjoyed and created exciting memories for myself.

I have always had a bold, unapologetic personality, but nervousness about things that I cannot control has frequently kept me from doing things or taking risk in the past. Admittedly, others’ fears, and warnings and insecurities would mesh with my own reservations and hold me back. I had to shake this during my time abroad, use keen discernment to make new friends, and maximize my own time and shed my own reservations to enjoy myself. Heightening my observation skills, improving my passive listening skills in my second language, and making smart, quick decisions while alone kept me safe and satiated. By transitioning nervous energy into awareness and observance, I optimized my time abroad without being beholden to the negative presence of others and indulged in activities and sights and experiences that I really enjoyed.

The rest of my summer I dedicated to lazing about, catching up on reading that I was interested in, sending out important emails to ready myself for the fall semester and enjoying obligation-free time at home. After a swine-filled diet in Spain and a horrifying hour and a half on Netflix, I decided to go vegetarian over the summer, and stuck with it.

I spent plenty of quality time with my grandparents, one of my favorite things to do at home, while my mother jettisoned about the United States, consulting and working and rarely settling in the same place for too long. After plenty of lolling about, I was excited to get back to Auburn, move into my new apartment, and see so many of my friends who I had not gotten to see over the summer and who I had sparingly spoken to because of the drastic time differences abroad.

Stay tuned for more blog entries in the near future!!! As Always, thank you for your support! you could be engaging anywhere, but you’re on RSRowebooks with me!